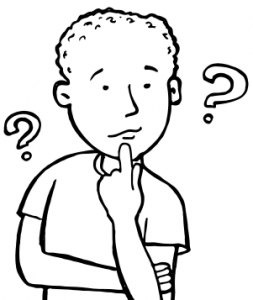 One of the most fascinating and distinct questions in philosophy is the question of what exactly is philosophy. What is more, philosophy is probably the only discipline that throughout history has taken itself, and continues to take itself as a regular subject of enquiry. Asking the question of what is philosophy, and trying to formulate an answer to it, is relevant and vital for anyone interested or professionally involved in philosophy, including those working with children. After all, how is one expected to know whether one is doing a good job at philosophizing with children when it is not entirely clear what one is supposed to be doing or aiming to achieve in the first place?

In my practice as a philosophy teacher in both primary and secondary schools in the Netherlands, I often think and speak to others about what we as teachers and facilitators are supposed to do when we philosophize with children. As a result of my own experience and of talking to different people in the field, I started realizing more and more that a dialogue has more chance of becoming philosophical once participants start collectively addressing a certain problem. It may seem as if one had a successful dialogue when all children participate, or when there were plenty of contributions to the conversation, but this does not necessarily imply anything philosophical; quite often an exchange of opinions is mistaken for a philosophical dialogue. In what follows I will address this observation in more detail and discuss a possible application for the philosophical praxis.

For the participants of a dialogue to work together in addressing a philosophical problem, there seems to be one skill of particular importance, yet, very little is known about it because there is hardly any literature addressing the importance of this skill, let alone its connection to the philosophical community of inquiry. The skill I am referring to is listening. Of course, if there is no one speaking then there is nothing to actually listen to. But in the context of a philosophical dialogue, speaking without listening seems tantamount to not speaking at all, making listening a crucial variable for a dialogue in becoming actually philosophical.

When reading through Plato’s dialogues it becomes all the more evident that Socrates is only able to bring illogical reasoning or false truths to the surface by carefully listening and subsequently responding on the basis of what his interlocutors are saying. After all, should Socrates have limited himself to asking questions or sharing insights, without actually listening to what is being said, the Socratic effort of cooperatively addressing philosophical issues would be rendered impossible. Two and a half thousand years later, this still seems to be the case anywhere philosophical dialogue is practiced. In addition, there is little doubt about the fact that listening is necessary for understanding and learning. Nevertheless, listening is assigned relatively low priority in formal instruction practices compared to other communication skills such as writing, reading and speaking.

I therefore started taking an interest in the specific philosophical meaning of listening and started thinking and talking to others about different questions such as: what does listening actually mean in the context of a philosophical dialogue? What different possibilities for listening exist? And how could one become a better listener? I will elaborate on all three questions briefly in what follows. 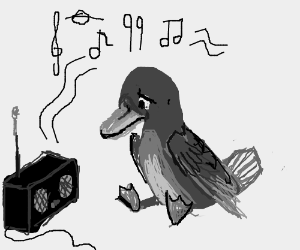 Starting with the first question, what does listening mean in the context of a philosophical dialogue, it is helpful to note that there is a difference between hearing and listening. Whoever is not deaf and has properly functioning ears, is able to hear. To listen, however, requires an effort. Just to hear is no merit; a duck hears also, composer Igor Stravinsky is believed to have said. The importance of this distinction is that it does not always follow that one is listening to what one hears; listening is more than just letting soundwaves hit one’s eardrums. For example: without the ability to listen, whether it is with the ears – or in the case of certain deaf musicians with other parts of the body such as the hands, the chest, or the legs – a musician would not be able to make music. After all, music is not experienced by means of hearing it, not for the musician, nor for the one engaging with music as a listener. Certainly, in most cases music will primarily be perceived by one via the ears, but whether or not one listens, and therefore connects to it, ultimately depends on the effort one is willing to put into listening.

The same applies to the context of a philosophical dialogue. Pre-socratic philosopher Heraclitus is believed to have said:

When you have listened, not to me but to the Logos, it is wise to agree that all things are one.

This seems to suggest that hearing is something that takes place outside of oneself, which could be anything ranging from a noise to a (philosophical) expression. Following Heraclitus, a listener on the contrary becomes homologous with that which is being listened to. Put differently, listening to the Logos in this case, involves becoming the Logos, indicating the possibility to meaningfully connect to that which is being listened to. Considering the distinction between hearing and listening, it becomes clear that (1) listening is not something that works involuntarily the way hearing does, and (2) as a result of the process of establishing a connection with a (semantic) sound through the effort of listening, opportunities emerge for the collective philosophical endeavour to advance.

Arriving at the second question, what different possibilities for listening exist? There are several presuppositions to consider. For instance, what is one actually doing when listening to another person? Is one listening to the other, or to the inner voice that is understanding what the other is saying for example? After all, how is one supposed to understand what the other is saying if not by one’s own associations and socio-cultural background? In other words, when listening to the other there is always some kind of interpretation involved. At the same time, what seems important from a philosophical perspective, is that listening presupposes a certain degree of sovereignty to think freely. Listening should not mean one stops thinking one’s own thoughts. This could be the case when a student is required to obey his or her teacher and does what (s)he is being told, which by definition sabotages any attempt to philosophize. Based on the above, one could assert that there are multiple sources one taps into when listening; there are more voices to be heard than the one speaking at a given time and space, making the art of listening a polyphonic activity.

This brings me to the third question, the question of how one could become a better listener. Polyphony is a term most widely used in music referring to multiple melodic lines, which in the context of listening is not a coincidence since listening is a widely recognized discipline with an extensive educational practice in music. In fact, music is the only art form that is received and experienced exclusively by listening. If one is to fully experience a piece of music for example, one only needs to listen. Thinking, talking and other activities that are essential for a philosophical dialogue, in the case of music are likely to distract from the listening process. In order to isolate listening as a skill to improve, I therefore suggest to become better listeners by learning to listen to music.

In doing so, one may learn to develop another important skill that goes hand in hand with listening; attention. Attention helps the mind to focus on one thing at the time which is essential to connecting to both music and philosophical ideas. Owing to the present-day pace of life and the ever-increasing amount of (technological) incentives from outside however, attention faces tough competition. There are many ways to practice attention, but since the aim is to improve one’s ability to listen at the same time, learning to listen to music seems the best way forward as it presupposes attention; the more attention is directed at the music, the more there is to listen to.

Because of its prominent role in music, there exist several methods for improving listening as a skill in this context. Apart from the practice of Solfeggio for example, perspectives and methods such as Music, ways of listening by Elliot Schwartz (1982) and Listening to Western Music by Craig Wright (2008) revolve entirely around the art of listening. Other interesting examples more specific to schoolchildren include applications such as Minute of listening, a digital tool for cultivating different kinds of listening such as curious listening and reflective listening.

Undoubtedly, there are significant differences between what one actually does when listening to music on the one hand, and listening to an interlocutor on the other hand. In the former one may direct special attention to aesthetic qualities of what is being played, whereas the latter may be more hermeneutical and thus cognitive in nature. Yet, there are noticeable similarities as well, since both the aesthetic as well as the hermeneutical activity revolve around making specific kinds of judgements based on interpretation.

The role of judgement in the philosophical dialogue is not unproblematic however, as there is always a risk of the listener becoming a selective listener that only connects to the parts – in a musical piece or in a philosophical dialogue – that appeal to him or her. This way, the listener may become more interested in listening to the parts that confirm a certain bias or taste, which is not particularly philosophical, quite the contrary. Listening should work as a motor for advancing a dialogue by bringing to the surface what is most relevant in what is being said or asked, transcending individual preferences and presuppositions. This way, listening can become a collective skill in so far that listening can be called philosophical once it creates the possibilities for all participants of the dialogue to connect to a problem. Therefore, it may be helpful to experiment with different kinds of music, so that the purpose of listening does not become too one-dimensional but serves to cultivate an attitude that transcends personal taste and promotes openness to new ideas.

So far, in the world of philosophy for children there seems to have been a lot of emphasis on cognitive skills such as reasoning and thinking, helping masters of discourse to emerge, but at the same time, risking the emergence of superior debaters and more skilful arguers at the cost of raising better philosophers. In times where everybody has the chance to broadcast him- or herself, I would like to emphasize another, no less important skill to the philosophical community of inquiry; the art of listening. I believe it is time to start thinking about the possibility for raising apprentices of listening rather than masters of discourse, since the intrinsic predisposition of the apprentice, always prepared to learn, seems more philosophical to me than that of the master who finished learning. After all, if Socrates is now remembered as a master of philosophy, it was by virtue of his life as an apprentice of listening. 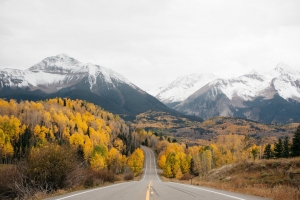 Pablo Muruzábal Lamberti (32) is a philosophy teacher from the Netherlands. He has worked at different primary and secondary schools in the Netherlands and Germany. This year he is planning to start his PhD in Chemnitz under supervision of Jun. Prof. Dr. Minkyung Kim on the topic of listening in the context of the philosophical dialogue. For more information and previous work visit his website www.muziekenethiek.com (both in English and Dutch).