Can Educators Know What Children Need?

Ask an educator what every child needs to navigate life and it is reasonable to expect a list of experiences or a description of psychological traits. This is the approach taken by the new ‘Every Child Should’ campaign, a U.K. educational initiative whose mission is to identify the experiences essential to a ‘rich and rounded’ education and help ensure access for the broadest possible range of students. 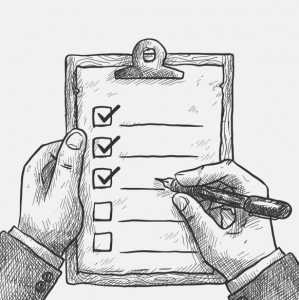 ‘Needs’ are a conventional place to launch discussions about education, and it is natural to think of them as relatively stable and invariant; as including, among other things, the ‘need’ for children to acquire certain kinds of subject knowledge as well as a range of social-emotional skills, such as resilience, that will help them cope in the workplace. Several of the blog posts featured on ‘Every Child Should,’ for example, promote gardening, museum learning or visits to the theatre as necessary complements to the rigours of classwork and academic testing.

The implicit assumption is that educators can identify what children ‘need’ and discover this by paying attention to what is already on offer. Or, put differently, that the difficulty posed by ‘What does every child need?’ consists merely in the selection of some ‘right’ combination of experiences from a basket of pre-given possibilities.

But the notion of a ‘need’ is inherently more problematic than received wisdom suggests. ‘Needs’ are never just given; they are never presented ‘raw.’ They arise within particular social and economic formations as the result of competing demands passed down to children from institutions that wield power over them. As a result, they vary both historically and across geographic region. The ‘needs’ of a child in a County Durham ex-mining village are distinct from those of a child in a Parisian banlieue or one in a refugee camp outside Aleppo, but those of a child in London also vary dramatically between 1918 and 2128. I can talk convincingly today about the ‘need’ for children to learn computer programming, even though this would have been unintelligible in 1968 and may well be superfluous in 2128. Equally, I can tell a sixth form cohort that a journalism degree and newsroom experience are ‘needed’ to work for a newspaper, although such things are not requirements in other countries, and may well prove insufficient in a future where a significant proportion of all news media is algorithmically generated by computers. Finally, consider the thousands of mathematics instructors that insist on children solving quadratic equations, who must know that very few people, after leaving school, ever have the use for one again.

Teachers know in their more reflective moments that children’s ‘needs’ are not as knowable as received wisdom tells us; that it is exceedingly difficult to say what a child ‘needs’ now or will need later in life. The world is not experienced by teachers or students as an array of possible transactions. Rather, what is ‘out there’ is a bewildering jumble of truths, half-truths, misperceptions, indifferent appearance and illusion that must be seriously processed before we can decide what to think of as ‘real’ and how we ought to orient ourselves toward it.

None of this prevents educators from speaking as if ‘needs’ exist, or from thinking with good reason that some sorts of experiences are vastly more important than others. But the reality of lived experience is worth keeping in conscious view, and ought to make us extremely wary of speaking in the language of ‘needs.’

It is, undeniably, a language that is normatively charged. To say that something is a ‘need’ is just to say that you cannot do without it and that I must provide it. Once an experience, body of knowledge, or psychological disposition becomes thought of as a ‘need’, adults are permitted to think of their own preferences, desires or wants as if they were somehow objective requirements for children. It is natural then to act on this conception, making it all too easy to adopt a hard-nosed attitude to the use of classroom time. We start to look for evidence, put pressure on students to prove that our lessons have been learned, and as our gaze narrows toward the abstract goal, focus on students is blurred. We start to think of them in the abstract – as pots of skills and abilities – rather than as whole human beings searching for meaning.

Yet this language only commands us for as long as we agree to speak in its register. As soon as we recognize that it’s normative regalia is illusory, we become free to shift gears. And if we were willing to do this, the immediate question that follows is: What should the language of ‘needs’ be replaced with? What alternative way of thinking and speaking about education is better attuned to the historically, psychologically, geographically, socially and economically oscillating nature of ‘needs,’ and permits us to take the child’s interest in the world as a starting point?

Consider the language of ‘experiments.’ To call something an experiment is palpably different from calling it a need. ‘Experiment’ comes from the Latin ‘ex-‘ (‘out of’) and ‘peritus’ (‘experience’) and means ‘a trial, test or proof’. Where a ‘need’ assumes foreknowledge and compels us toward a goal; an ‘experiment’ supposes nothing and gestures toward the unknown. It is characteristically tentative. Thus, we can speak categorically about ‘needs’ (learning calculus is either a need, or it isn’t), but talk of experiments is a nuanced language.

If we take up the language of ‘experiments,’ the singular question ‘What does every child need?’ dissolves into an array of related considerations: Would this or that be a good idea? Why? Will students find it meaningful? Will it broaden their perspective? Will it build confidence? Will it develop competence? Will they be fascinated by it, or enriched by it? Will they relate to it, or take pleasure from it? Does it represent a fruitful extension to thinking?

This series of questions would be a helpful shift in attitude on the part of the teacher. It would bring lesson planning into closer alignment with the interests and experiences of students and encourage us to view education as a spiral of tasks that extends students’ existing knowledge, skills and personalities outwards, not toward an abstract goal, but to edify and elevate. Once we are disabused of the notion that what we teach is necessary, the pressure we put on ourselves and our students evaporates, allowing us to see the myriad possibilities in which learning materials can and might be engaged with. 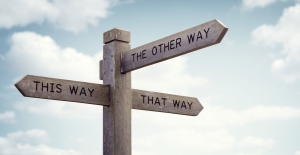 This new attitude, attentive to the facts on the ground and tentative in its search for meaning, is the same attitude adopted by those who facilitate philosophical conversations with children. A facilitator launches into a discussion with a question – Can a good person do bad things? Do we see the world as it is or only as it appears to be? Is a person a single, unified self or an assortment of masks? Do we owe anyone anything? Do some people deserve to be poor? Can whole societies be mad? – and invites students to make sense of it by deploying their reason and experience, with no pre-given expectations about where such thinking will lead or whether answers can be found. To facilitate philosophy well requires that a teacher be willing to cast aside the mantle of authority – give up the notion that their answers are either correct or meaningful to students. They are engaged in a tentative, exploratory, pedagogically supportive role.

When students do philosophy – when they philosophise – they are thrown deliberately into confusion. They become part of a situation where they must attempt a resolution to a problem without knowing what sort of answer they can give or how they might reach it. In the absence of certainty, they begin to listen. They become aware of others as sources of insight – as potential allies. Through discussion, they come to appreciate that common sense is never the final word – and that even questions that appear straightforward can contain hidden ambiguities and permit a multitude of answers, these too of varying quality. For a moment they cease being part of the competitive endgame of facts, tests and rankings. Instead, they put things into question; they bypass and short circuit conventional ways of viewing the world.

The general attitude to knowledge cultivated through philosophy may be more valuable than any single experience or body of knowledge encountered in school. This is plausible in light of a fact rarely acknowledged in the classroom but unavoidable outside of it: that the best-laid plans are subject to the sheer brutal contingency of external chance. The recent scandal over the treatment of Windrush immigrants by the Home Office exposed how decades of rational human effort can be crushed by the whims of policymakers and the impersonal callousness of state bureaucracy. The 2008 financial crisis made 1.3 million British workers redundant as the result of speculative financial decisions they had no part in. And with average graduate salaries between £19,000 and £22,000, and UK house prices at just over £300,000, university students can be forgiven for thinking that the promises of prosperity with which they were chivvied and cajoled into higher education were – at the very least – substantially misleading.

What to do, then, when as Yeats wrote ‘things fall apart,’ and ‘the centre cannot hold’? In a world where invariant ‘needs’ seem more and more elusive, the ideal of a perfectly formulated education in which a child has all and only the experiences they ‘need’ does not describe a realistic goal. Rather than press on fruitlessly with the search, why not reorient our normal habits of thinking so that we can learn to see ourselves afresh as experiments of living and feeling and knowledge? Substituting a language of ‘needs’ for one of ‘experiments’ clears a path for teachers and students to a more open, exploratory and meaningful engagement with learning and with life itself.

As Nietzsche wrote, ‘We are experiments. The task is to want to be such.’ 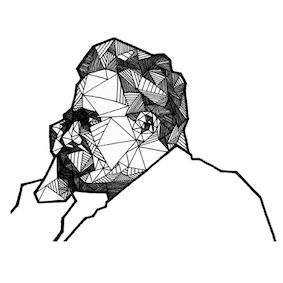 Alex Dutson has done philosophy with children since 2009, and works with primary and secondary students in Tokyo, Japan. He became an accredited specialist with The Philosophy Foundation in 2015.