How To Do Philosophy in Public

Chief among the benefits of doing philosophy with children is providing an engaging setting for them to discuss why they think what they think. We, at The Philosophy Foundation, are creating a public space, of reason-giving and responsive dialogue. 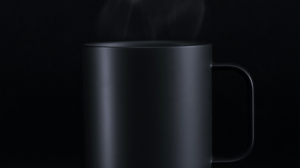 In order to have this public space for inquiry, the reasoning of the participants should be transparent. Down the other road lies misunderstanding and obfuscation. It is striking, though, how often we conceal our reasoning in discussions as children or adults. Take the following arguments:

‘We can’t experience death, so we shouldn’t fear it.’
‘Black doesn’t reflect light, so it’s not a colour’.
‘It isn’t hurting anyone directly, so it’s fine.’

In each of these examples some claim is supported. The full sequence of reasoning, however, is hidden. They each rely on unstated assumptions: ‘Something is bad only if it hurts others’, ‘Colour is what reflects light’, and ‘We shouldn’t fear things we cannot experience.’ Moreover, these assumptions are at least debatable.

The philosopher Stephen Toulmin lists some criteria for arguments in his book ‘The Uses of Argument’. First, we have a claim. This is what we are trying to get someone to believe. Then we have the grounds. These are the facts that we use to support the claim. Thirdly, we have the warrant. This critical component explains and justifies the movement from the grounds to the claim.  In all three of the previous statements the warrant is missing.

When our warrants are not disclosed in a discussion, we are left with the argumentative equivalent of saying ‘you know what I mean?’, an appeal to a shared but unspoken justification. Either we already share this view, in which case the justification will ‘go without saying’, or we don’t share the view but we find it hard to critique the justification because it has not been stated. We have plausible deniability.

When we do move beyond the grounds to give an account of the warrant, we often express ourselves in ways that are more general (e.g. ‘something is bad only if it hurts others’) and more abstract (e. g. ‘we shouldn’t fear things we cannot experience’). General justifications are more vulnerable to counterexamples, and abstract principles are harder to justify in a vivid, concrete way. Perhaps, as my colleague Joe Tyler points out, we fail to disclose our warrants because we don’t want to risk finding out they are not true. We don’t want to make ourselves vulnerable. But we need a certain degree of vulnerability for evaluation and potentially criticism to begin. Otherwise we have a series of intersecting monologues, not a conversation. 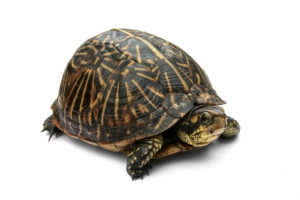 This general tendency to conceal our warrants is often apparent when doing philosophy with children. The following comments come from a class of Year 1 children I recently observed. The enquiry was about a fictional land in which the villagers discover slowberries, a kind of fruit that slows you down in everything you do. The first question was: would you eat the slowberries?

‘I don’t want to eat the slowberries because then I’ll be slow as a turtle’
‘If I eat them I’ll be super duper duper slow!’
‘If you eat them then you talk slowly’

The children have supported the claim (It is better not to be slow) with grounds (then I would be slow!) but no warrant is in sight. In these cases we are immediately alerted to the lack of warrant because their justifications are circular! However, this is just the most egregious example of this habit of concealing warrants. In another enquiry on the Ship of Theseus with year 5 children a child said:

‘It is a different ship (claim) because it has different parts (grounds)’.

At this point, we might think that our job is done; the claim has been justified. However, without the warrant we cannot be clear how the child moves from the ground to the claim. Perhaps they are thinking something like this:

‘It is a different ship (claim) because it has different parts (grounds). Something needs to be made of the same stuff to be the same (warrant).’

Unless the child is explicit about their warrant, though, we cannot be sure. We need to have warrants out in the public in order for there to be an authentically public inquiry. When these are absent each participant forms their understanding of others’ views with their own private conjecture. ‘Other people’ are like characters in a Freudian dream world; projections of their own self rather than genuine conversation partners.

Done properly, philosophical enquiry can be an effective tool for uncovering the unstated warrants in our reasoning to create this public space. The technique of ‘iffing’, from Pete Worley’s PhIE method, assists with this search (for more on 'iffing' click this link to read an article by Pete). Here the facilitator takes the grounds for a claim and then relates them back to the central question;

By explicitly relating the grounds to the claim, the facilitator elicits a warrant that has not been given unprompted. The goal here is transparency; encouraging others to see exactly how their thoughts fit together, and what the structure of their reasoning is. By creating this opening, the facilitator encourages a genuinely public forum for discussion and contestation, rather than the mere appearance of one. 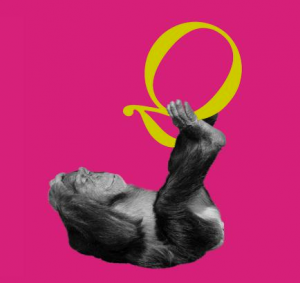 For more ideas on getting the right kind of philosophical enquiry going in the classroom, you might like to take a look at Pete Worley's article on developing an 'Open Question Mindset' (OQM) by clicking this link.

As Steven puts it, OQM is a strategy for ensuring that the facilitator doesn’t artificially construct the warrant or impute it to the inquirer (either in their head or out loud). The facilitator shares that problem with the rest of the group. This is what hinders the possibility of a  genuinely ‘public’ inquiry and not just a simulacrum of it.

Steven Campbell-Harris is a senior specialist at The Philosophy Foundation, who has been doing philosophy in the classroom for over five years.  He has written for online journals including 'Innovate My School' and 'Open Democracy'.

If you would like to contribute to our blog, email info@philosophy-foundation.org