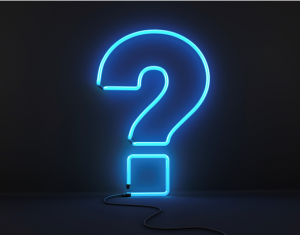 This year’s SOPHIA conference, a meeting for philosophy for children practitioners from across Europe, had the theme of ‘Questioning Questioning’. Over the course of two sweltering days in the seaside city of Aveiro, Portugal, thirty-five philosophers participated in workshops, heard presentations, and carried the discussions over to dinner and beyond.

Pieter Mostert gave the Keynote address. He began with both a question, ‘When is a question not a question?’ and an answer, ‘Many questions are not questions but requests’. If someone asks ‘Can I see your driver’s license?’ or ‘Where is the train station?’ they are asking you for information that is only of interest to them. Pieter called this a ‘vertical’ question because there is a hierarchy of purpose; we only ask it to task a person or group to solve a problem for us.

Philosophical questions, on the other hand, are largely ‘horizontal’. There is no presumed hierarchy. Everyone has the same relation to the question. When we ponder ‘Is the mind the same as the brain?’ or ‘Should we judge actions by their intentions, the actions themselves, or the consequences?’ we are not contriving the questions for a concrete purpose. Instead, we stumble upon them, as Dante Alighieri wrote in the Divine Comedy, nel mezzo del cammin di nostra vita (in the middle of the road of life).

Later Pieter asked, perhaps rhetorically, ‘Can you have a question without questioning anything?’ In the case of most vertical questions, he argued, the questioner is not doing any questioning. There is no internal conflict, puzzlement, or doubt. The question is just a statement in search of a full stop. How many of our ‘questions’ in every day life are of this form?

Near the end of his talk, Pieter revealed how he viewed his role as a philosopher. Philosophers often speak loftily of the discipline as the love (philo) of wisdom (Sophia). However, Pieter reflected, he had never felt something akin to ‘love’ in his work doing philosophy. Instead, he felt that his role was as a ‘friend’ to the question and the questioners, encouraging them to seek greater insight and understanding.

After this provocative start, we heard numerous presentations and workshops throughout the two days. We discussed the value and means of reflection (Grace Lockrobin), how to move children from first order opining to second order analysis (Andy West), the thorny issue of how to measure progress in the philosophy classroom (Harry Galatis), and witnessed an illustration of some different techniques (Ed Weijers and Victoria Chernenko). There was also an element of controversy in Michael Hand and Laura D’Olimpio’s presentation on the value of exposition in the P4C classroom, and we heard a provisional definition of thinking by Roger Sutcliffe. ‘Thinking of any sort is putting something into question.’

We also heard about how to adopt an 'open question mindset' in the classroom (Peter Worley), discussed the role of censorship in philosophy for children (Ben Kirby), and brainstormed alternative names for P4C (Joana Rita Sousa). Other presentations on the final day included a discussion with Elizabeth Watkins of the thin line separating scientific and philosophical questions, and an examination of philosophy's role in dispelling opacity with Dina Mendona and Magda Costa Carvalho. 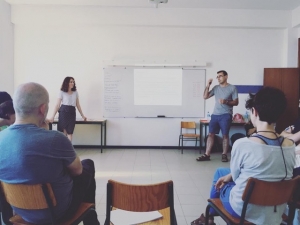 Thanks Steven Campbell-Harris for this summary.

If anyone would like to add to the discussion about the talks and presentations that took place at the conference, please feel free to post your reply in the comments section below, or get in touch with joe@philosophy-foundation.org if you would like to make a longer reply as a guest blogger.

To find out more about the SOPHIA network, follow the link: http://www.sophianetwork.eu/

How To Do Philosophy in Public

Steven Campbell-Harris reminds us that some of our attempts at reasoning can miss something.&nbsp... Read more