5 year-olds run their own philosophy sessions - a case study 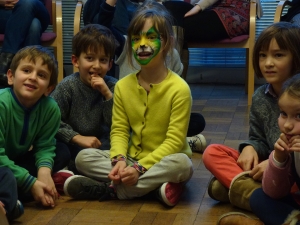 Steve Hoggins is a Philosophy Foundation specialist working with the Gipsy Hill Federation in south east London. He tells us about how an initially quiet class open up and begin to facilitate their own sessions, not only by asking their own questions but also by managing the class themselves.  And they are only five! Here's Steve:

From September 2016 to July 2017 I  ran philosophy sessions with a Reception Class, one session a week, pretty much every week. The school is in a moderately deprived area of South East London and the ability of the children varies hugely. There are special needs and physical needs and a large number of children for whom English is a second or third language.

The first session was a struggle. The children seemed to be engaged by the story but didn’t want to say anything about it and when they did it was usually a repetition of something another child had said. A couple of children refused to speak for the first few weeks.

Because they didn’t have much to say initially I started devising sessions that had numerous enquiry opportunities so that even if there were only a couple of responses to the first question I still had plenty left. After each contribution I thanked them and, when there were opportunities, I took their ideas and made them into new questions. Both the teacher and I were starting to see small improvements. To begin with they simply seemed to have more ideas, but we also noticed that they were having different ideas, not just mimicking others. Now that we were at the point of a having various ideas, we decided to get them to respond to one anothers’ ideas, especially if they disagreed!

Want to bring enquiry and philosophy into your workplace or educational setting? Contact info@philosophy-foundation.org 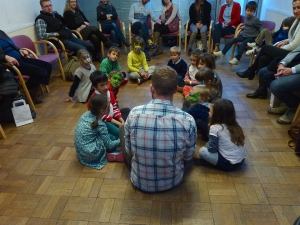 By halfway through the year the children were at the stage where they could sustain an enquiry on one topic for 30-40 minutes. They actively disagreed with one another, changed their minds and automatically gave reasons for their views. Even the children who don’t normally speak. Best of all they have been running their own sessions. This happened quite naturally after I saw the children trying to 'take over'. So when a child asked a question I would ask if they would like to facilitate their question. They would come in to the middle of the circle and, although most of it was mimicking the facilitator, they would ask relevant follow up questions.

Towards the end of my weekly sessions with them I would come in with a session all ready prepared but they would have hands up before I have even started. They simply wanted to start talking about something, so we would!

Want to bring enquiry and philosophy into your workplace or educational setting contact info@philosophy-foundation.org

A teacher at a priamry school receives an internal observation using techniques that Steven ... Read more

I admire what you have done here. I like the part where you say you are doing this to give back but I would assume by all the comments that this is working for you as well. http://www.hifimodelescortsgurgaon.com/