Steven Campbell-Harris attended the SOPHIA conference in Portugal this month.  Here's some of his thoughts on what went on.  If you were there and would like to contribute further ideas to our blog, feel free to post a reply in the comments section, or get in touch with joe@philosophy-foundation.org

Pete outlines an important pedagogical distinction for anyone facilitating philosophical conversations out there, helping to answer the question: when should you use the strategy of 'iffing and anchoring' and when is 'anchoring' without iffing enough?

By Tim Raynor, author of:

When a senior politician is charged with adultery today, we expect them to issue a press release, either in self-defense or contrition. Exiled to Corsica on the charge of extra-marital relations with Julia Livilla, sister of the emperor Gaius, the Roman Stoic philosopher and statesman Lucius Annaeus Seneca (3BC – 65AD) wrote a letter to his mother, offering philosophical consolation for her grief at being parted from her son. In Stoic style, Seneca emphasized the importance of preparing oneself for sudden challenges, upsets, and changes in life, so that one is not unseated by the shock of their arrival. One must be like a sentry on guard, Seneca advised, always ready for sudden attack. For drastic change, like an enemy ambush, ‘scatters those whom it catches off guard; but those who have prepared in advance for the coming conflict … easily withstand the first onslaught, which is the most violent’ (Letter to Helvia, 5).

Good Thinking vs the Right Answer 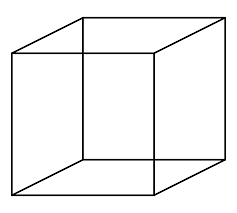 Here’s a question for you. Imagine a teacher asks this question: “what does 2 + 2 equal?” and child A responds with, “four, because its my lucky number,” but child B counts along the number line but makes a small error and says, “five.” Which would you consider to be the better answer and why? I was leading a staff meeting where a debate ensued following this question about the importance of understanding when giving the right answer...